You might be in a situation like “my computer is frozen and control alt delete is not working”. Why is it like that? because your laptop is hanged while shutting down.

There is nothing more painful than switching off your laptop when it is hanged. That’s why you want to know how to turn off laptop when frozen?

Why Laptop Gets Hanged or Frozen?

Technically speaking, a computer processor works with its processes, which are tasks to be performed. Usually a deadlock, hanged, or freeze situation occurs where two processes are waiting for the same resource to be occupied and the wait never ends.

There are plenty of reasons that can cause your laptop to be unresponsive or frozen. These reasons can be both hardware and software. Some of them could be,

Let’s learn how to shutdown in a normal way that can help to force shutdown in some cases as well.

Note: These shortcut keys will work for Windows based laptop and desktop computers.

Wait for Things to be Done

The first and foremost step to shut down a frozen laptop is to wait for a few minutes. Sometimes, when you are performing a CPU intensive activity, your laptop  computer might need a few minutes to end it up.

So, it is worth waiting for their execution to end. Alternatively, you should check the mouse to avoid frozen hallucination.

How to shut down the Laptop forcefully?

If there is no result after you have waited a long time, then follow these steps. Sometimes the laptop is heated up for overload or overwork scenarios. In this case,

1- Press and hold the power button for 30 seconds. If it doesn’t turn it off, then press it for 60 seconds. Now, the laptop should have been turned off.

Now wait for 30 minutes or more to cool it down and restart it again. It should work normally like before.

If step 1 doesn’t work, then you have to hard reset your laptop. In order to do that

2- Unplug the power cord, remove the battery by pressing the battery release buttons on the back side of the laptop. Wait for a few minutes. (Search YouTube with laptop models for battery removal methods.)

3- Now, put the battery back to the bottom and start the laptop. It should run the normal way.

How to force shut down a laptop with a keyboard.

When your Windows desktop or laptop computer is hanged or becomes frozen, the first step is to press “ Ctrl+Shift+Esc” or “Ctrl+Alt+Del” to open the task manager.

Identify Unresponsive Tasks To Shut Down

When the task manager is open and responsive, then you have the option to soft and force shut down as well.

In the “processes” tab, look for a task consuming nearly 100% of CPU or RAM, select it and click the “End Task” button to end its siege.

If it was a one-time hang, then your laptop should resume normal work. Sometimes, the laptop keeps freezing when the same program is running.

In this case, stop using that application, uninstall it and look for an alternative.

If you don’t want to move to an alternate or cannot find a proper one, then upgrade the hardware for smooth working. Because this app is resource hungry and will keep your laptop frozen.

If the above step doesn’t work, then it might not be the problem of a frozen laptop, so follow the next steps.

If you have the question, “How to shut down laptop with keyboard in Windows 10 or 11?” then the answer is for you.

Usually, when your laptop doesn’t respond to the task manager as well, wait for a few minutes and it will re-inhale your laptop for a moment. Then use one of the following shortcuts to shut down.

Normally, this shortcut key closes the current in-focus window and, after closing each window, it opens the shut down dialogue box.

In order to focus out from other windows, press Windows+D to bring the desktop and then press the above shortcut key.

It will open the Shut Down dialogue box. Choose “Shut Down” from the drop down menu and hit the Enter button on the keyboard.

2- Windows +X > From the menu, select “shut down or sign out>Shut down”

How to Shut Down a Frozen MacBook laptop?

In the MacBook You can replace these keys with Control + Option + Cmd + Power button to shut down it safely. Be cautious, don’t hold the power button and just press keys combination like others. Otherwise, the MacBook will shut down forcefully.

If the above key combination won’t work, then you can forcefully shut down your Macbook by pressing Control + Cmd + Power keys. You have to hold on for a few seconds to shut down forcefully.

How to Turn off Acer, Dell, HP, Lenovo Laptop When Frozen Without Power Button?

All famous brands Windows based laptops can be shut down using the same shortcut key described above without a mouse or power button.

For unresponsive MacBook Apple has described this step to shut it down. If the above key combination doesn’t work, then Press and Hold power button for a few seconds, like 10+ seconds, or until the screen goes black.

Note: In that case, you did not hold down the key long enough, you will be asked for a confirmation dialogue box on your screen.

How to turn off a laptop when the screen is black?

There are a few reasons for black screens on laptops or PCs. We’ll cover some of them here.

Remember, you can shut down the laptop by pressing and holding the Power button for a few seconds in most cases where the screen goes black.

While the other methods are as follows.

Usually, It happens when Windows 10 or 11 users shut down their laptop or PC. In order to save energy, Windows blacks out the screen, but the laptop or PC is still running and shut down process is not completed yet.

In order to tackle this situation, just wait for a few seconds for it to shut down completely, as it will turn off after closing all apps and processes.

You turned your laptop on then the screen went black and the laptop was frozen. The power button isn’t working to turn it off.

In this case, most probably, there is a hardware issue rather than any software. Follow these instructions.

If you don’t know where the battery is, just search YouTube by entering your laptop model. For example, “How to remove the battery in an HP Lenovo xxxx”.

If the Reason-2 problem persists, or you can’t see anything on the laptop screen,

Sometimes, graphics drivers do conflict when you install Windows update or any other software update that causes a black screen during shutdown. Follow these steps.

If it doesn’t help, then

Note: In order to start the laptop in safe mode, keep pressing F8 immediately after turning on your laptop.

While still pressing both keys, hold down the Power button for one second, and then release the Power button and the keys. The power LED light will stay on, and the screen stays blank for about 40 seconds.

For other methods, you can consult the following video.

Founder and editor-in chief at Pielaptop.com. Adnan has numerous interest in laptop manufacturing technology, processors, graphic cards (GPU). He is also passionate about internet technologies like cloud computing, blogging, and special interest in Artificial Intelligence. He loves to read and write about these technologies. 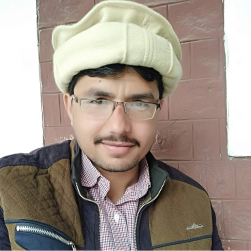 Founder and editor-in chief at Pielaptop.com. Adnan has numerous interest in laptop manufacturing technology, processors, graphic cards (GPU). He is also passionate about internet technologies like cloud computing, blogging, and special interest in Artificial Intelligence. He loves to read and write about these technologies. Twitter  |  Facebook   |    Quora